Ground penetrating radar, or GPR, is a powerful and widely used tool for locating objects underground with a variety of applications. GPR is most commonly used on horizontal ground, but it can also be used on walls or other vertical structures. There are numerous elements that GPR can detect underground, and detecting them can greatly reduce the likelihood of any risks and obstacles occurring during your construction project. Here are four excellent examples.

Pipe detection is one of the most common applications of ground penetrating radar. Underground pipes are typically made of metal, and the metal's strong interaction with the radar signal makes them easy to detect and locate. That said, another major advantage of GPR is that it can often detect pipes made of other materials as well. This includes everything from PVC pipes to plastic pipes. It's also worth noting that GPR can detect and locate pipes whether they're full of water or not, as water has no effect on the radar.

Aside from pipes, many utilities are routed underground using various methods and materials. Most of these alternatives will also be detected using ground penetrating radar. Gas, electricity, telecommunications and water are some examples of utilities.

Some of these utilities are delivered via conduits, various wiring and fibre optics. For example, most internet service providers now use fibre optics to transport data to their customers' homes. Detecting these utilities before you begin digging in the ground for your project will save you a lot of time and money in the long run.

Another set of elements to look for before you start digging are structural components. Not only is this critical in saving you time, but it can also prevent legal issues by helping to prevent the safety issues and injuries that these structural components may cause if you or your workers are caught off guard.

Locating structures underground can also be a good way to ensure that they are correctly placed during construction, providing you with the necessary assurance and peace of mind to proceed with the rest of the process.

Detecting any cavities surrounding underground structures is an important part of any underground digging construction process. These cavities can sometimes be found inside buildings as well. Anomalies like these, whether outside or inside structures, can cause dangerous events like sinkholes, which can lead to the collapse of buildings and roads. To avoid such disasters, it is critical to detect and locate cavities using GPR and proceed as needed. 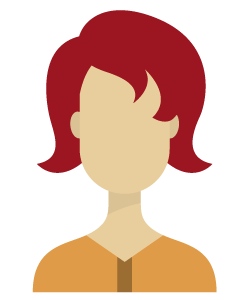 Hello, there! My name is Debbie Jones. Welcome to my new blog which is all about the problems you can face if you own a property. Last year, I moved into a place in Sydney, Australia and almost immediately started having problems. The electrical system began to fail and I didn't know why. I called in an electrical contractor who examined the wiring and discovered that there was a leak in my roof which was allowing water to drip onto a fuse box. I called in a roofing contractor who advised that I have the entire roof replaced. I had this work carried out and then had the walls of the property reinforced in order to provent further problems.

Avoid These Big Mistakes When Installing Asphalt
29 November 2022
Asphalt is one of the most popular materials used for paving purposes throughout Australia, and for good reason. It's affordable, readily available, d …

4 Ways Ground Penetrating Radar Can Make Your Construction Process Easier And Safer
28 September 2022
Ground penetrating radar, or GPR, is a powerful and widely used tool for locating objects underground with a variety of applications. GPR is most comm …

Human Errors Resulting in Unexpected Commercial Refrigerator Repair Issues
25 July 2022
Many businesses or commercial facilities in the food and non-food-related industries such as hotels and restaurants, horticulture, medicine and labora …